The Virtual Planetary Explorer (VPE) is a tool for scientific analysis in planetary science based on high resolution terrain reconstructions. It will be presented at the PICO session PS7.1 on April 30th 15:30-17:00 at EGU2014. The VPE is an interactive, real-time visualisation solution allowing smooth navigation through reconstructed planetary terrains and seamless zooming in a broad range of scales. The demo shows a high resolution data set from Mars in a three-wall CAVE system. A gamepad can be used to fly through a terrain that was reconstructed form Mars orbiter and rover imagery. 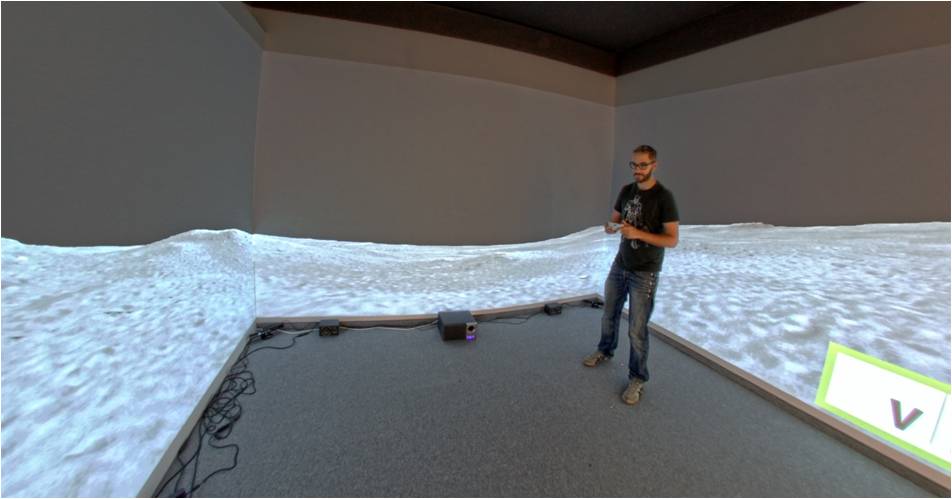